Subjects that focus more on physicality, such as women's freedom of movement in urban space, their visibility, and their relationship with space, are often ignored or insufficient, although there are some formations to strengthen this relationship, such as the "Women Friendly City" programs. At this point, the starting point of this study, which aims to understand women's place in urban space practices and their positive-negative relationship with space from both men's and women's perspectives and to raise awareness, is the main hypothesis that women's visibility in public space is less than men's. The reasons such as social and cultural acceptances, the responsibilities of women, and the inadequacy of urban space practices that may affect this hypothesis have also formed the assumptions of the study. In order to test/confirm this hypothesis and related assumptions, a total of 354 questionnaires were conducted with male and female participants using the simple random sampling technique in Keçiören, Ankara. As a result of the study, the hypothesis determined specifically for the Keçiören sample area was confirmed. However, the point that needs to be emphasized is that the main reason why women's visibility in urban space is less than that of men is not related to urban space practices other than 'security', but rather to the sociological dimensions of the issue. In other words, the reasons such as the view that women in social life should be at home by identifying with the 'home' and that they cannot find the time to participate in urban life due to their home-related responsibilities cause women to experience urban space less than men. 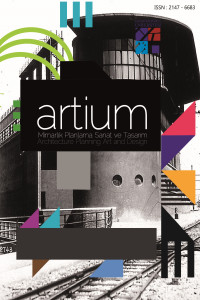